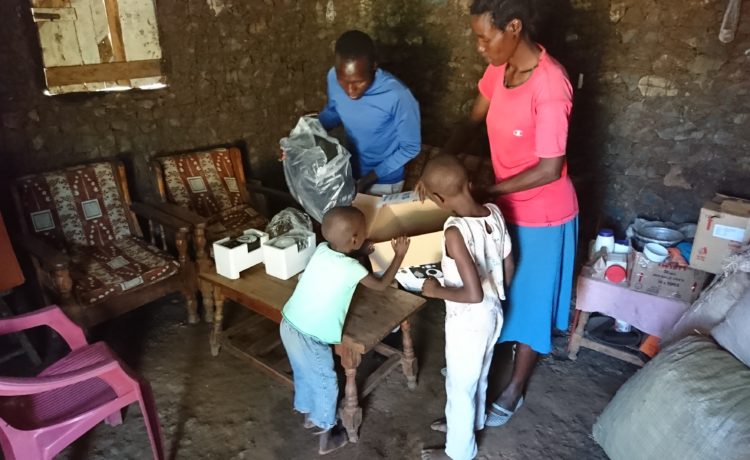 Our sales agent, Brian, and I took a motorcycle and headed to Muskut to meet up with our Country Manager, Deborah, to visit our customers in the villages.

We started at the school in Muskut, which is where our project started two years ago. Here we created a solar cell installation where the children could bring batteries and recharge them during the day. The system is no longer used for this and the battery installed no longer works. I want to give the school a new one so they can use the installation to charge phones and lab tops.

We installed the new battery and the teachers are now able to charge their equipment again. Also Mr. Wilfred – my good friend and the deputy headmaster – came by and told us that he has been using our battery solution at the school for lights and mobile charging during power outages the past week. It has generated interest in our solution among the teachers who would like to hear more. We agreed to stop by later in the day after visiting families around the villages. 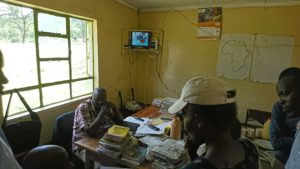 We drive around in Deborah’s Toyota (a Yaris like my own…). The first family we visit is one of the original customers who tried our first battery solution. In the house, a woman lives with her daughter and grandchildren. As we arrive, Brian goes in first and when she discovers him, the woman gets angry and Deborah starts laughing. It turns out she is mad about us not calling her before our arrival, since she did not get her hair fixed. She did not want us to see her like that. We all laugh at the situation and have a good meeting.

After lunch we drive back to the school in Muskut where we have a good talk with several of the teachers and also show how the battery can run a TV. Wilfred lets the TV run all afternoon so everyone can see how powerful the battery is – and they are impressed.

As we visit more families, we experience that everyone is really satisfied. Several people point out that their children are now doing better in school due to the fact that they can study during the nights. It is also important for them to have lights outside as security. As for now, no one uses the battery to do any businesses, but as we show them the possibility of plugging in a haircutter, people start to see the idea of making a small business out of having the battery. 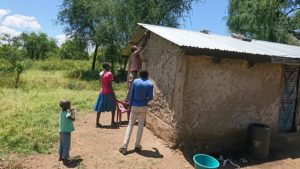 We will continuously inform about our development and testing.

Any cookies that may not be particularly necessary for the website to function and is used specifically to collect user personal data via analytics, ads, other embedded contents are termed as non-necessary cookies. It is mandatory to procure user consent prior to running these cookies on your website.

Analytical cookies are used to understand how visitors interact with the website. These cookies help provide information on metrics the number of visitors, bounce rate, traffic source, etc.

Performance cookies are used to understand and analyze the key performance indexes of the website which helps in delivering a better user experience for the visitors.

Advertisement cookies are used to provide visitors with relevant ads and marketing campaigns. These cookies track visitors across websites and collect information to provide customized ads.